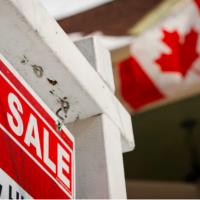 From Jan. 1, non-Canadians will be prohibited from buying residential property for two years. The federal government announced the ban as part of its April budget, saying the measure would help improve housing affordability for Canadians.

Exemptions from the ban include:

Buildings containing more than three dwelling units, and recreational property — such as cottages, cabins and other vacation homes — will also be exempt.

Non-residents make up less than four per cent of residential property owners in most parts of the country, including Ontario and British Columbia, according to data from the Canadian Housing Statistics Program.

It is unclear what impact the ban might have on Canada's housing market.

CBC News repeatedly asked the federal government whether it had conducted any modelling on the ban's potential impact on house prices. In response, CMHC indicated the government had not carried out any such analysis.

The CMHC had received about 200 submissions on the ban from individuals and industry groups, including real estate and legal professionals.

While some called for an "unmitigated prohibition" on non-Canadians buying residential property, others had urged a more targeted ban to avoid unintended consequences on the economy and labour market, CMHC said.

As a result, realtors are likely to require additional documentation from all prospective buyers, in order to avoid contravening the ban, CREA said.

What are your thoughts?